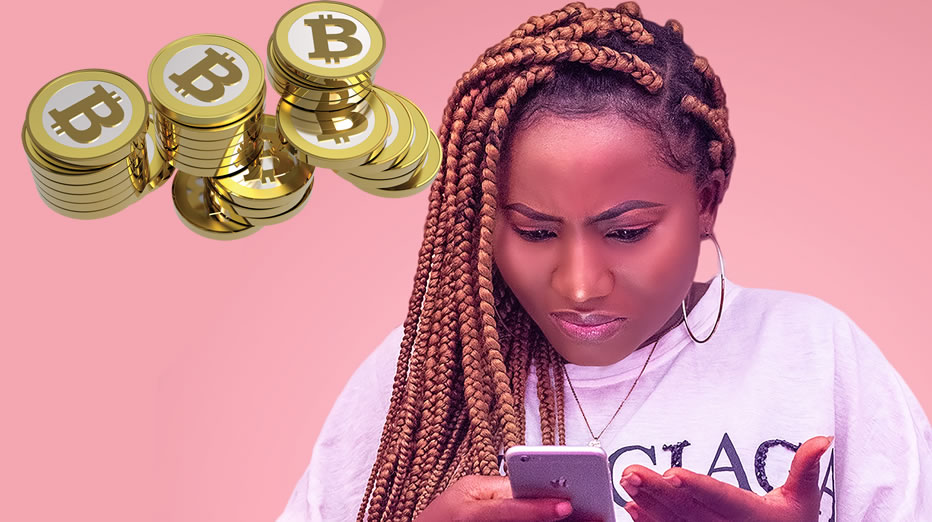 A couple years back I wrote a spur of the moment post expressing what I think of Bitcoin,

People who read it were lost (What’s this Bitcoin thing) so I’d try to explain  it as simply as possible here in simple English with little or no buzzwords so I don’t have to repeat the same explanation over and over.

One thing I enjoy doing is understanding complex concepts & breaking them down do the simple bits.

This is not going to be a deep-dive into the topic, concepts are going to be explained as simply as possible also as this is just a guide to allow any first timer have an understanding of the currency.

A Brief History of Money

One thing you come to learn over time is that you can’t be/do everything.

In the Ancient world, there were those who farmed, those who fished, those who hunted and the philosophers who sat on rocks with a finger on their chin.

At times a farmer might want fish, a fisherman might want wheat and so on, so a simple system of exchange was created where you determine how many handfuls of rice were worth a cut of deer.

This is called barter.

This obviously was a flawed system as with the same leg of deer, I could get a very large or very little quantity of rice depending on the desperation of the person exchanging.

The need to have a stable & central  way to assign value (price) to different items (I can imagine the philosopher negotiating how much meat his thoughts are worth) as well as use something that would be easy to to divide led  to different civilizations using different things as a means of exchange.

Overtime, with the growth of more centralised governments and the need to keep track of transactions (for tax and economic purposes), governments adopted the practice of 17th century banks which would usually issue a signed  piece of paper promising to pay the value written on it after receiving a deposit of gold or silver bullion  (gold or silver bars).

Bank notes issued by the Central banks used to be backed by precious metals kept in storage when they first started being issued (so a country with $1b in circulation would usually have a billion dollars worth of gold ), this was representative money as the value represented assets in storage but this isn’t the case anymore as countries these days issue currency and then have their central banks back what they issue and guarantee that it would be accepted when presented for transactions (fiat).
While the current system has worked, with 180 currencies recognized worldwide controlled by as many Central Banks, international transactions and remittances can be a pain (I testify to that ).

Bitcoin is mostly used as money (a means of exchange, storage and asset preservation) which is why I went through the short story above now let’s go into Crypto itself (I’d be focusing on bitcoin as it is the first and most popular for now).
Sometime in 1998, an idea was suggested in an online forum for a currency which won’t be controlled by any central authority, but would use secure computer code/programs (cryptography) to determine creation and transactions.
In 2009, Satoshi Nakamoto (probably a pseudonym as no one has found him) created bitcoin.

One term you’d get to hear a lot when discussing Bitcoin and other cryptocurrency is ” the blockchain”,
According to Euromoney, a Blockchain is a system of recording information in a way that makes it difficult or impossible to change, hack, or cheat the system.
How this works, rather than storing information in a central place, identical copies of the same information are distributed across thousands of computers. If a change is made to the information on one computer it would be time-stamped, linked to the change immediately before it and reflect on every single computer it is saved in.
This makes it very difficult for any one person to take control of this information, makes manipulation/forgery very difficult and allows for transparency as everyone can see what is happening as it happens and these are the reasons blockchain technology is getting widely accepted: its not centralized, everyone can see and verify any changes and entries and timestamped and not changeable.
Blockchain technology can be used for so many things such as Financial services, Video games, Cryptocurrencies, Health Care, Energy trading and much more but we are here for Bitcoin.

So now to the topic in question.
Bitcoin is a digital currency built on and using a Blockchain to record and store transactions  which allows anyone transfer value easily and quickly.
Digital currency means it’s 100% online, no notes, no coins just internet access (and a wallet) needed to use it.
Digital currency is roughly the same concept as logging into your bank account and seeing a balance, which you then transfer to someone else. You never saw the money, you never touched it, but your balance reduced and the account balance of the person you transferred to increased.
In the case of Bitcoin, when you access your wallet, it shows an amount which can be sent to another user for any transaction.

How is Bitcoin created

By  now we know Bitcoin is not issued by any central bank, government or commercial bank.

Bitcoin was programmed to have a maximum of 21,000,000 coins in total and new coins are produced as a reward for a process known as “mining“.

For the Bitcoin system to work, individuals have to make their computers available to process transactions on the blockchain for everyone. The computers are made to process very complex problems and the owners of the computer are usually awarded a small amount of bitcoin which they can now spend and put into the system.

Bitcoin is designed so as more coins are created (21m maximum), the problems these computers would have to solve to get rewarded would become more complex (to ensure scarcity) meaning people would need more powerful computers.

There are people who set up warehouses full of really powerful computers to mine bitcoin, these days if you try to do this with your normal home computers, it might be years before you’d make a single bitcoin

At times, there are disagreements on the way Bitcoin should be run and these disagreements usually result a new branch of bitcoin being formed. These branches are called forks. Usually if you held some bitcoin at the time of the fork, you’d be credited with some of the new coin. Some notable forks are: Bitcoin Cash, Bitcoin Gold and Bitcoin SV.

At the moment none has gotten the wide acceptance and usage bitcoin has but probably things may get different with time.

Getting started with bitcoin

For you to have read this far (or skipped directly to this section), I’m sure you’re curious how you can get started with this Bitcoin of a thing!
It’s really straightforward when you get the hang of it (please confirm it’s not banned in your country first though) so we’d just get straight to it.
To use, receive or spend Bitcoin, you’d need a place to store it and an address (similar to your bank account number) which you can give out to others so they can send to you.

Getting a Bitcoin Wallet

You would need a Bitcoin wallet (like mentioned above) in order to spend and receive bitcoin. There are 4 types of Wallet; Hardware, Web, Mobile and Desktop, depending on the type of device you’d use most of the time and the level of flexibility/security you want.

A good Mobile Wallet (works for both Android & iOS and lets you use your bitcoin from your phone) is Edge,

A good Hardware wallet (like a usb drive, lets you keep your  bitcoin physically (you can store it in a safe)) is Trezor

When you use any of these, on creating a wallet, you get a private key/seed phrase which you should keep securely (you can print) and would let you recover your bitcoin if at any point you lose your phone or computer .

I didn’t mention any Web/online wallets as I don’t like the idea of a company having control of my bitcoin (I’ve not seen any that gives you your private key) and anything online can be hacked or put out of business but a lot of people use Bitcoin.com and Coinbase.

There are a lot of other options for the wallets above but these are what I’ve used  which give you control of your coins.

So sign up with any of them, create a wallet, write or print your private key/seed phrase & keep your wallet address handy

Getting your first Bitcoin

Now you have a wallet to spend  and receive bitcoin, the next thing should be getting some bitcoin in it.

You can buy bitcoin, get paid in bitcoin or mine bitcoin.

You can buy Bitcoin on Binance, Bitcoin.com, Coinbase or from anyone who has some and would like to exchange for normal money (be careful of scammers). If you sell a product or service you can also ask to be paid in bitcoin and receive the payment in your wallet.

Mining is a more complicated process so I won’t talk about that here.

So you have a functional wallet, you have Bitcoin in it & you can now paint the town red…… or send some to me!

A growing list of merchants accept bitcoin worldwide including my Hosting Website , Wikipedia, Microsoft, AT & T and so on so you can always look out for a sign that BTC is accepted. You can find a list of merchants here or search on spendabit.co .

Is anything not clear?

Is there anything that needs to be here that isn’t? Send a message 🙂

Do you want to send me Bitcoin? Click here