Bole King now open! After 9 months of hard work behind the scenes. 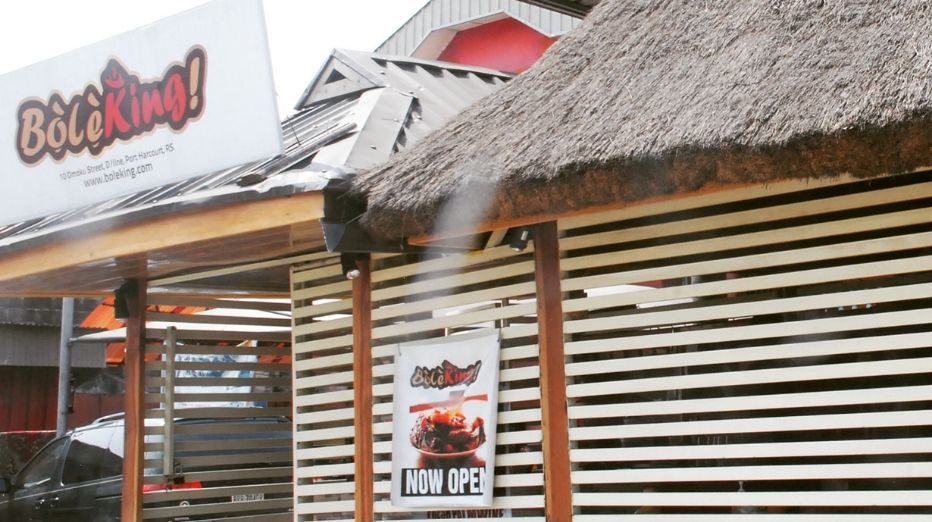 The Beginning of Bole King

Sometime mid-November, sitting at the park in Swanswell admiring nature thinking when I’d leave the cold, boring, clinical country I was in and I got a call from a friend I’d made some investments with before I left Nigeria, Etinosa, that he had a Business Idea he’d like to discuss with me, we had interacted while I was operating my Grill & BBQ (Fuego) which I shut down due to employee dishonesty a couple of months ago and said the Business would be along those lines but focusing on Bole (Roast Plantain) & Fish . The Business Idea, Bole King was meant to be put in for the YouWin Grant which didn’t happen and we didn’t really have any further discussions till I returned in February. Starting February, we started fleshing out the idea, Natural ways to chase flies, Ambience, location, drafted a Basic Business and execution plan and some other Basics and agreed the shareholding would be 50 -50. By mid- April, he had convinced his friend to invest in the Idea for a shareholding of 25% and the main work started. We also had to look for the best Bole person in Port Harcourt to learn the recipe and also improve on it. Apart from the Basic Bole sauce we also decided that to stand out and give people a different reason to come, we needed more options and so during construction and before opening we also experimented with different mixes and options (the roast chicken is really good by the way) and came up with things like Ugba sauce (Etinosa’s friend, Maureen taught us the recipe) and Bole stuffed with Beef/Fish (Andrew, my brother who has interest in cooking (my part-time hobby is setting off the kitchen smoke alarm when I try to cook) brought the idea and recipe) and other things which we trashed.

We needed an open space that would be Natural but exclusive and easily accessible to a location with a high density of Workers (Trans Amadi was the first option). We found a space but it was in a backstreet, the owner wasn’t the one renting it out and the care taker had many terms and conditions (e.g the owner might decide to use the space someday & we would have only 3 days to a week’s notice to leave 🙄 ), the location was quickly trashed and we kept searching till we saw the space below at D-Line which was being rented from the owner, was affordable and accessible so it was paid for. 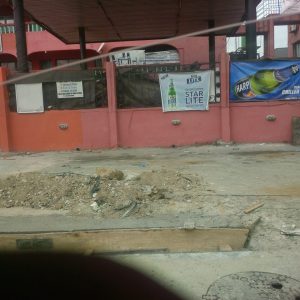 While we were searching for the space, Etinosa was handling the logo design, which I sent to be vectorized when concept was done while I went to CAC to handle the Business Incorporation. The Business was finally registered as Bole King Ltd with RC Number: 1198737 in June 2014. The process for construction meanwhile had commenced as we had to create a proposed drawing and then go with it to the state ministry of urban development first of all to find out if it could be built at that location and if any permits are to be obtained. 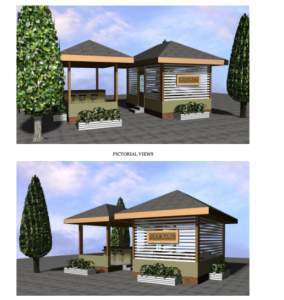 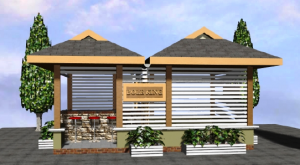 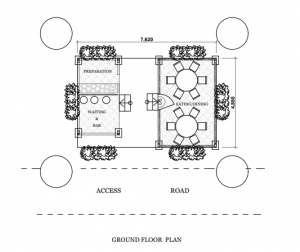 The  permits were listed with applicable charges which were all paid and then construction started. As can be seen from the plans above we didn’t exactly stick to the plan above to save costs (especially on roofing), to have more seating space for guests and to launch before rent expires 😀 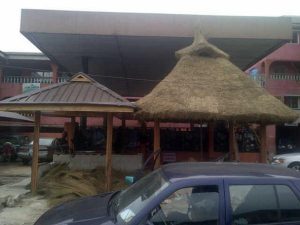 While construction was going on, the incorporation process continued with the TIN number getting out 20th July and corporate bank account opened 27th July. We also got  closed user group (CUG) lines for easy communication.

I must have mentioned this before  but while in Primary school, during speed work (where you solve a lot of math really fast in the morning), I had a teacher who always hammered on the need for speed & accuracy, so you had to be really fast and score perfectly at the same time, it’s something which stuck to me and in Business I tend to do things with the principle;

I Discovered this app, Todoist that made it so easy to plan, keep track of plans and assign tasks among ourselves and it works on Blackberry, Android, Iphones and Desktop meaning no one is left out! You can try the premium version free for two months by following this link!

The process was hectic but somehow we were able to share tasks and even though there were cash constraints which caused  the project to be abandoned for weeks at a time, by September, construction was concluded and we were able to paint, do electrical fittings and purchase necessities and cutlery.

We took a couple of long road trips to the Songhai Farm in Bunu Tai (It’s a lovely place!) to source Natural Drinks (I got some seeds and meat too for myself) since we wanted the entire menu to be organic and healthy. By September we put out Ads for staff (for which there was a huge turnout), conducted interviews and made the first Hires after which the opening date was set for November 8th (This is the Dropbox link for my ToDo list for the last few weeks) and we did finishing touches, printed invitations, staff uniforms and did Basic staff training. Unfortunately and sadly, Etinosa lost his Dad during the period and as such we had to shift opening date a week later. I put up a Facebook event Ad and shared extensively to my friends (Thank you all that showed up! I know I never ask for much but I appreciate those that oblige when I do!).

Opening Day was Awesome! Thank you all for coming and more importantly, buying till we were sold out and had to rush to restock! I met so many people I haven’t seen in ages and it feels wonderful you all came out to support the opening of Bole King! I’m up taking stock of yesterday so probably I would upload photos soon 🙂

P.S (22 July 2017)  I’ve left active management of Bole King effective today as a result of ideological disagreements on various matters which I won’t discuss for now. All Enquiries/anything else should be channeled to info@boleking.com or the number on our website.