In search for wood. A business adventure to the Hinterlands 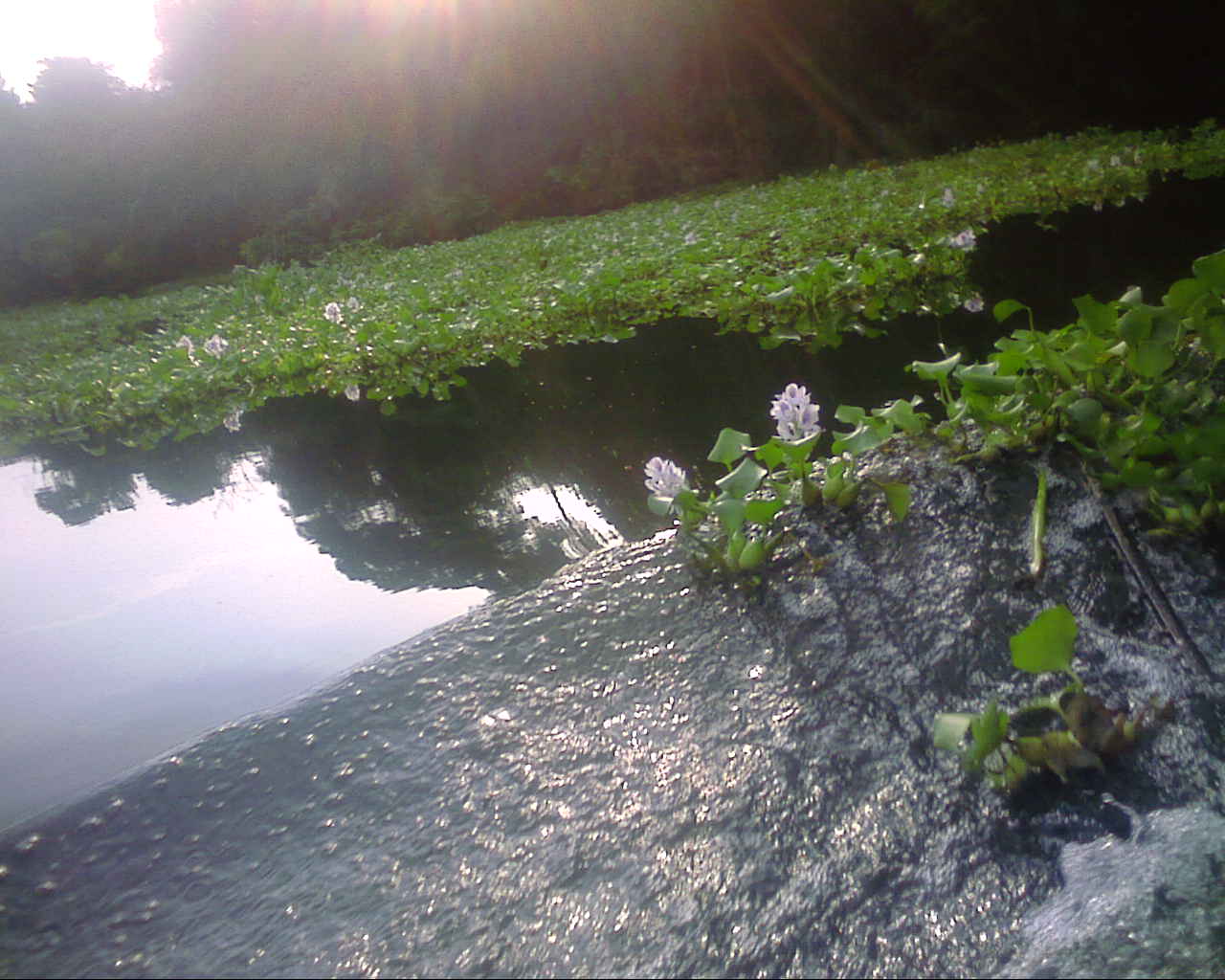 This happened over 4 years ago (January 2010) so I’ve lost a lot of photos, I might have forgotten a lot of details but nevertheless I would like to document it here for the future because I know as time goes on, more memories would be lost.

From my primary school I’ve always been monetising one thing or the other, the earliest being “Saving Money Business” I did with some friends (Seiyefa, Ebiowei, Bliss etc) in Primary 4 or 5 which in hindsight was mini-Esusu (thrift).

I remember in 2005 when my uni just started making online enrolment compulsory starting a done for you enrolment service (had my friend get clients (new students) while I’d sit at the cybercafe putting up their details) – stopped that when I saw it was interfering with school and everyone started doing it.

I remember selling phone top ups via my First Inland bank account when they were only sold on slips of paper/card,

I remember also owning a lot of printers I used in printing coursemates’ assignments and projects for a fee.

I had a couple of scholarships in my first and second year and as a student with a very simple life, I’ve always had idle money money in the Bank and idle time.

I was talking to a friend from Primary school, Maxwell and he talked of getting involved in the wood business.

So basically how it worked,

There’s a Wood Market in Port Harcourt where planks, battens and different types of wood are sold.

Some of this wood is sourced from a village (Emago-Kugbo) in Abua LGA in Rivers state.

You go to the village, hire a couple of young men and instruct them on what you want.

They go into the forest(which is a bit far off), cut the trees you asked for, then tie them together into a raft which they float to the main village.

When the raft comes in, the tree trunks are then de-barked and cut into cubits (4 cornered logs if you ask me). 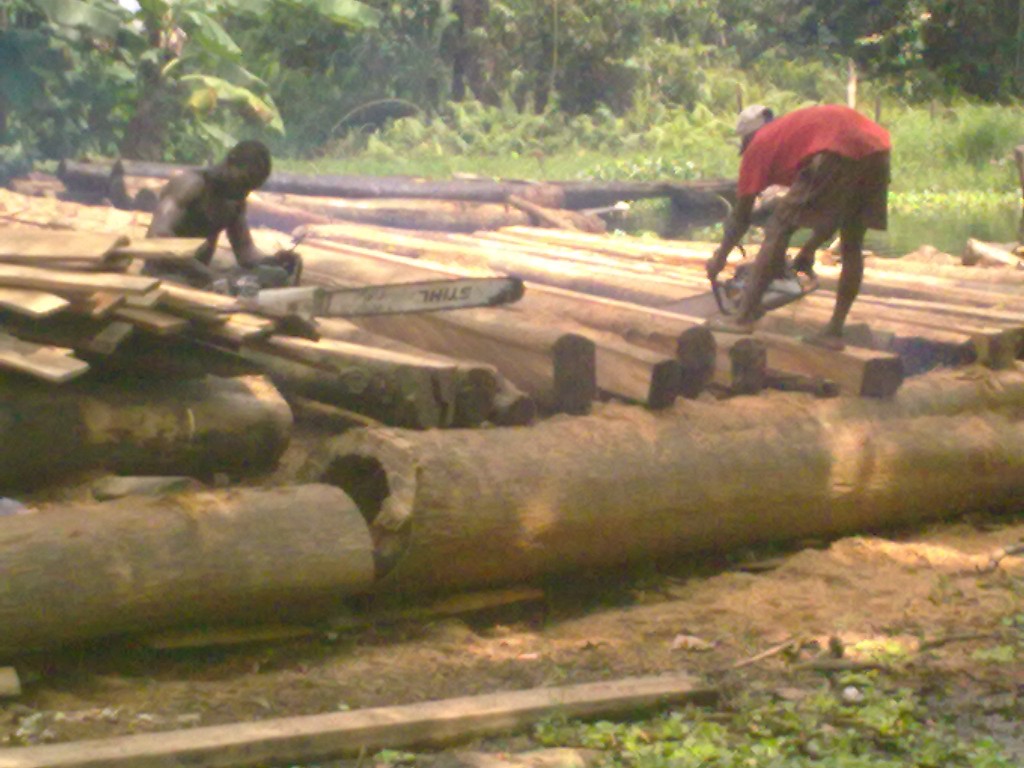 These cubits are then put in a large canoe and shipped to the Timber market in Port Harcourt (before they get there you’d have reached in advance and negotiated with a wood dealer on the incoming consignment – they were so easy to sell!)

After they are received at the Timber market, they are cut into planks that we buy and are used to.

I wrote more about the village in this post but basically what happened was,

We picked a day & got a boat at the Wharf to the place.

The boat trip was a story for another day

We got to the village (myself, Maxwell and 1 other person who knew the area), kept luggage were we stayed and then went out to look for the loggers and negotiate terms.

The entire trip took about a week (or 4 days?)

Missed the boat back (or left too early for the next scheduled boat) so had to trek for hours (it even rained at some point in the trek) through a bush path (pictured below) to Ogbia LGA in Bayelsa State then take a Bus going through Bayelsa to Choba in Port Harcourt. 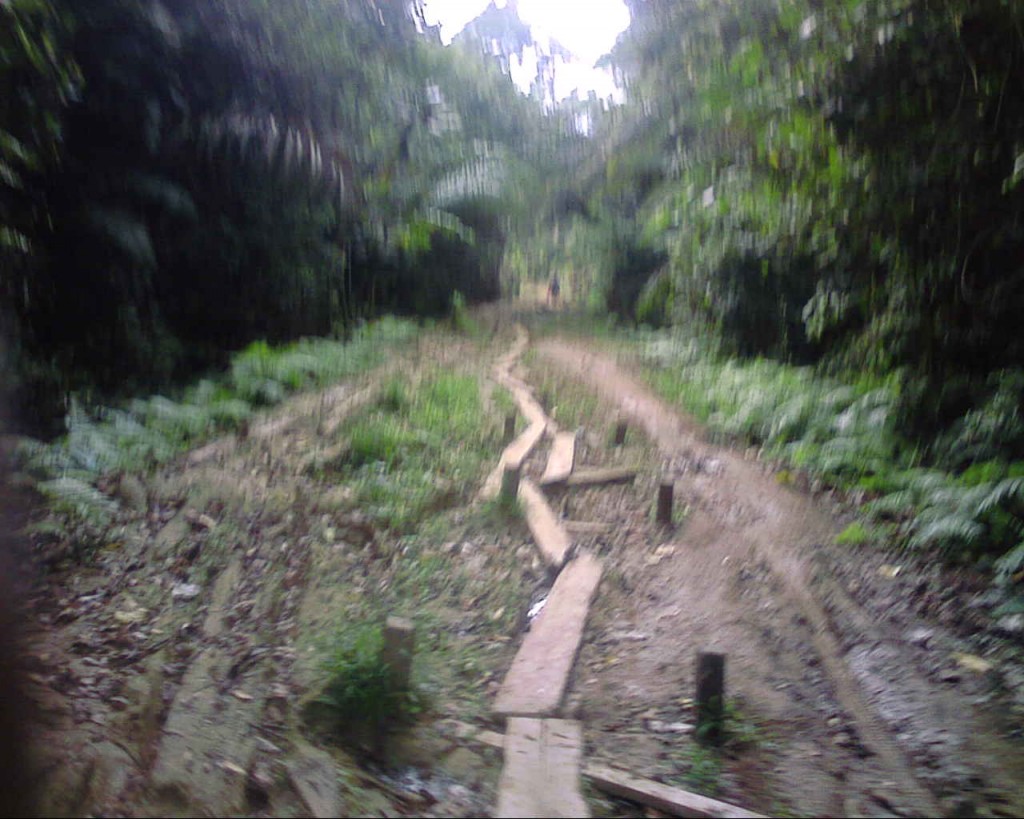 It was really an adventure (I’ve lived in a city all my life so found it different and interesting).

The Numbers and profit margin were really good but I didn’t continue with this because I didn’t see the opportunity to scale (there’s not much of the forest left so doing this large scale would cause deforestation) and the money wasn’t worth the time.