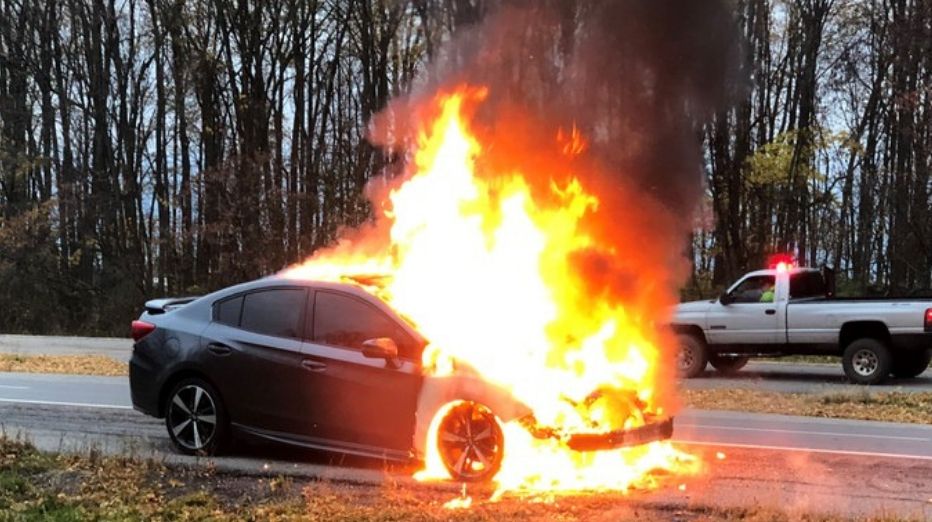 This day last year was a Monday.

I woke as usual stopped by the office to get some items on my to-do list done and then drove to my bank to make a transaction.

Done with that I came out tried starting my car twice and it turned over but didn’t start, which was strange. I was trying to figure out in my head what could cause that so I looked back to listen if I would hear the fuel pump pick up and tried again, still no luck.

By the time I looked forward, flames everywhere from the engine bay!!!

What happened next surprises me till now.

I tend to be very logical in panicky situations but I didn’t know how far it went till that event.

What happened next was:

1. I immediately turned round, pulled up the rear seat, exposed the fuel pump assembly and yanked off both the intake and return hoses

2. I grabbed by cellphones and documents on the passenger seat and flung them out

3. I pulled the bonnet release then went in to the trunk and got out my fire extinguisher (spoiler alert: It was useless)

4. I opened the bonnet and disconnected both battery terminals then used up the entire 1 kg extinguisher on the flames – fire didn’t budge.

Fortunately the security personnel at the bank noticed what was happening and had arrived with their huge extinguisher (they had to use finish two of those before the fire got under control).

It wasn’t shocking till I looked at the carnage in front of me.

I called a Tow truck to take the remains off the bank premises and went back to work.

I wasn’t shaken till the next day when I woke and thought of everything that happened.

It happened a year ago and I’ve long moved on but it’s funny now how mechanical I can be at times .