My Final Project – Fabrication of an Anaerobic Biogas Digester – June 2010 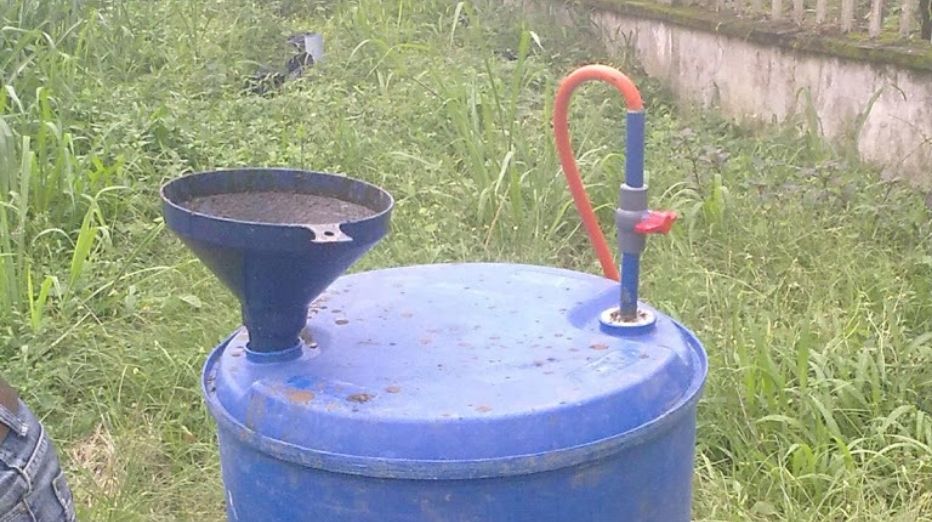 This post tracks the progress of a Final-Year project carried out by two students of the Department of Gas Engineering in the University of Port-Harcourt. Today, the 11th of June marks the end of the first week of, hmmnnnn, brainstorming.
During the week, we went out to check prices of materials which would be used for construction of a prototype and also reviewed the design and various impediments which might be encountered, the largest right now being the sourcing of waste since the construction would be carried out in the school premises (though its meant for rural areas).
Would post pictures from the next post onwards.
Peter Banigo & Eze Maduka David

Shopping for Materials to build our digester

Over the weekend, we went shopping for the things that would be required at a local market. The prototype would be built at minimal cost as it is meant to be used in poorer rural areas. This digester would have the benefit of saving farming families the cost of sourcing for LPG, Kerosene or firewood which are widely used for cooking in this part of the World.
We went for mostly PVC materials as they are easier to handle, cheaper and (arguably) have a lower maintenance cost.
On that Day we got the following items:

This leaves us with tyre tubes for storing the gas and the Cow Dung which would power the decomposition.

Fabricating and Building the Biogas Digester 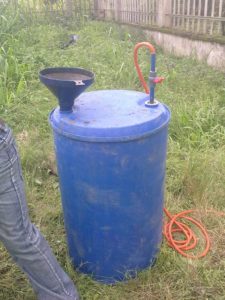 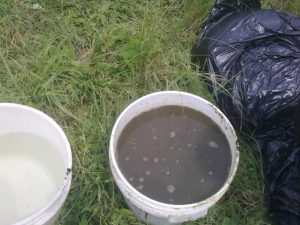 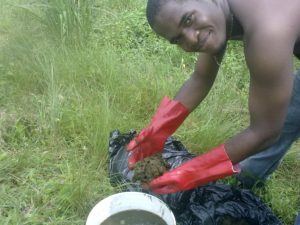 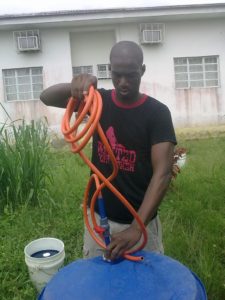 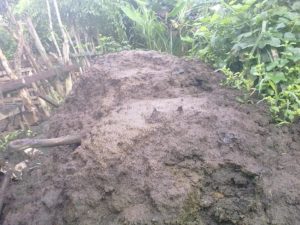 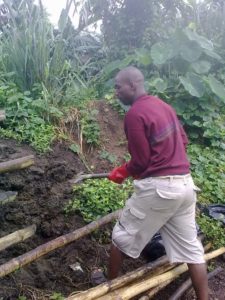 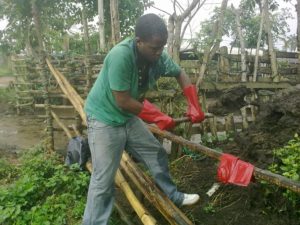 Today was the day we picked for filling up the biodigester with the cow dung. Really messy but fun experience. Prior to this, we had constructed a contraption with the pvc pipe, gas line, ball valve and one of the covers of the tank to route the gas while preventing leaks too.
During construction of your Bio-Digester, it is important you avoid leakage of air at any point as this would lead to waste of your gas, risk of explosion or the risk of air mixing with your final ,ethane which can be very dangerous while cooking or igniting in any form.
The first real task for the day was to go to the cow paddock which was found earlier to obtain the fresh cow dung to be used for the digester.


We made sure we got the fresh part and took about 100kg for the digester. On getting to the site for the digester, we set out to work. The cow dung when thick wouldn’t be suitable for the digester so it has to be mixed with water to a pouring consistency. The ratio we used for mixing was 1 part dung to 1 part water, i.e fill a container halfway with water and complete it with dung then crush the big chunks so everything forms a slurry.
When this is done, pour it through the funnel into the drum. Continue till the drum is almost full with 20cm left between the tom and the surface of your slurry.
After this seal the biodigester, then clean up