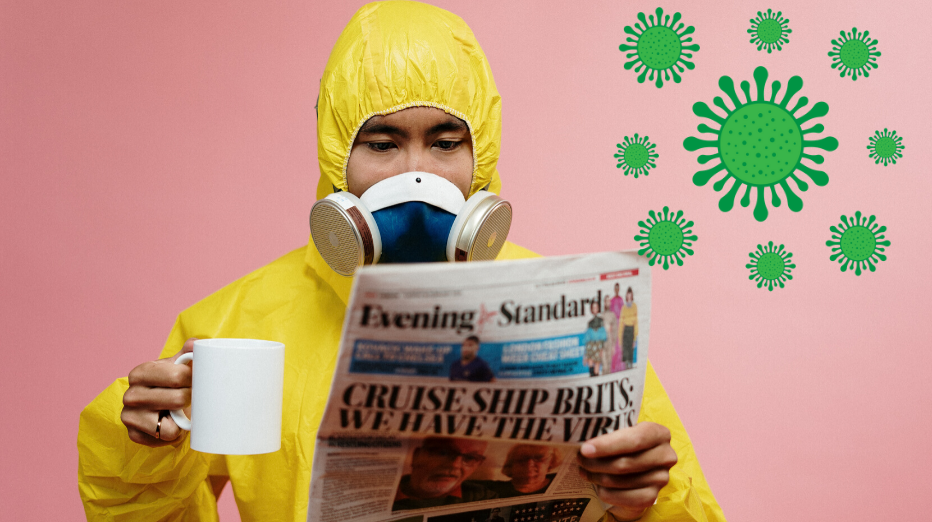 I’d have bet everything I’m worth if at this point last year someone told me in 12 months I won’t be able to take a vacation and would be walking about with an uncomfortable face-mask.

But here I am, stuck in my birth city watching governments globally that looked so big, confident and well put together fall to fear and panic. It makes me question all past decisions/policies.

“Experts” have been all over the place making outrageous projections (and retracting them), health bodies have made (and still are making) series of contradictory statements, national economies have been strangled (mainly because leaders are scared to look bad) and we have the general atmosphere of doom, gloom, despair and suspicion (can’t even cough in peace in public).

It amuses me, watching third world countries lock down populations they can’t afford to feed or take care of in any way (just because they saw richer countries do it and they’re too lazy to think of alternatives) – we had a short lockdown in my city where no one was allowed out to even buy food or drugs, watching the media exaggerate every single negative story (I stopped watching the news years ago and every minute I stumble on it I’m reminded why) and watching governments adopt the strategy of throwing every thing at the wall to see what sticks.

Covid-19 has been here for a couple of months and though it isn’t fully understood (long term damage, what exactly it affects, etc), what is clear is that fatality rates are extremely low (I agree, even 1 death is too much but malaria kills almost half a million people in Africa annually and gets so little attention).

Personally, I try to be logical and never to let panic guide my actions as much as possible (e.g when I had a car fire) so it’s funny watching people who lead millions of people succumb to it.

Going from the current trajectory of the pandemic, my suggestions would be:

1. International borders should be closed/tightly controlled: Though the index case is still not known and origin is being hotly debated, pattern of spread has been someone from out of country/state bringing the disease in before it spreads. If entry points can be effectively controlled it would be easier to manage within communities.
2. Masks should be enforced 100% : Even though these are uncomfortable/inconvenient, current research shows the disease is airborne so the respiratory channels have to be protected.
3. Older people should stay at home as much as possible: Majority of deaths have been of older people or people with other conditions like diabetes (which is more common among older people ) so this is the demographic that should be most protected.
4. Hand washing and basic hygiene should be enforced – maybe mandatory hand washing stations with non contact water and soap dispensers at bus stations and other public places.

I can’t talk about social distancing as humans are innately social and in a lot of situations it’s practically impossible to keep 2m away from everyone else (we aren’t even sure how long droplets stay up in the air but if they stay more than a few minutes we end up distancing and then walking to breath in the virus).

Humans got this far as a specie by fighting and conquering, not by hiding from enemies.

Hopefully we clearly understand what we are up against soon, it doesn’t morph into something deadlier and there is recovery for the millions of jobs and livelihoods lost as a result of us all freaking out.