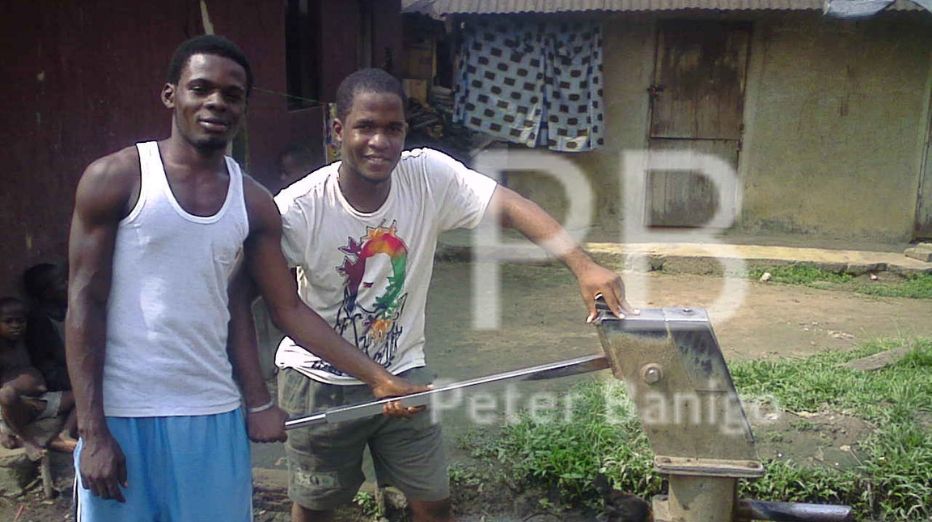 (I visited Emago-Kugbo a while ago and sent this is a message to all member’s of the Facebook Group I Am a Niger-Deltan and Proud of It Too) on my obervations.)

A while ago, I never believed that in Rivers State, Nigeria, there would exist a place without phone service, Water, Light or even a straight forward linking Road.

I visited the Emago-Kugbo Community in Abua-Odua LGA of Rivers State severally in the early part of 2010 (strictly business, they have a good but rapidly dwindling logging industry there) and though I saw it as an adventure, I was still shocked at what experienced.

1.) There was no direct access road to the community: There are 2 ways to get there, either a long waist-breaking speed boat ride (bigger boats can’t go in as the waterways where blocked with water hyacinth) or a convoluted 4 Hour Journey through Bayelsa state (for a community in Rivers State) via Vehicle, Feet and “Okada” (you must use all three). 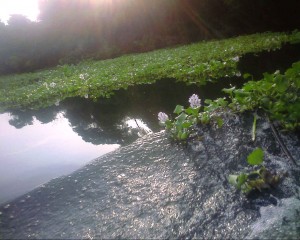 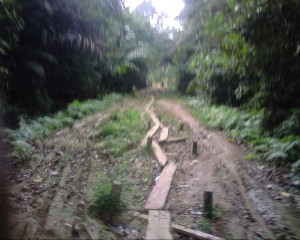 2.) There was no GSM service: For the first time in years, a technology addict like me spent days disconnected from the world. There was no GSM service anywhere (I discovered call centers with phones connected to TV poles though 🙂 where you had to do a lot of guesswork to understand the other party). On my second visit though I discovered a certain window close to the church there where you can get a bar of Glo service (trust me, I practically moved to that window).

3.) No Fish (& meat) : I know it looks funny adding this, but I’m a core Rivers Man who enjoys good (& complete food). I was told by indigenes that as a result of numerous oil spills, the rivers which where teeming with Fish not too long ago had died so in other to eat fish, you’d have to go to places where they’d imported the fish from other villages (or you could eat iguana (which’s still tasty by the way)). I won’t start with meat at all, for a riverine community without fish, imagine what the meat issue would be.

4.) No Potable Water (in the middle of Water): I saw, & operated my first manual hand-pump (from its inscription donated in the 1980’s) when I got to this community. It was fun but saddening because I was on a partial drinking water fast all through (had to bring water along for the next visit). 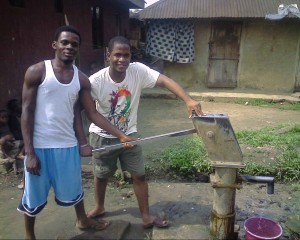 5.) No Light: “No Light”, this is a cliche statement in Nigeria I know, but I think when you get to a community which has “NEPA” poles there for only artistic reasons, you would start getting thankful for the once in a week light you get. There was not a “drop” of light all through my stay there and the ubiquitous “I pass my neighbour” was in full force there (with fuel at exhorbitant rates).

I had health issues after a while (not from there though), so could not return to complete the business I had but I am writing this, not to make fun of or deride any community but to bring to our attention, from a first-hand view, the situation in our Niger Delta Communities.

I visited the place in January 2010 and totally forgot about my experiences there till I read a story on Page 86 of the May Edition of the Vanguard Sweet crude (read online at http://www.vanguardngr.com/sweetcrude/2011/may/index.html) which Described the place as Nigeria’s first crude oil Loading Bay, the first place where crude from Oloibiri was shipped out.

I was shocked that a place with such historical value could be treated in that manner, but then, we all hae heard the story of Oloibiri. I strongly believe that we should take more care of our Oil Bearing Communities because as a Finite resource, someday we would run out of Oil but we are yet to run out of Humans to inhabit these communities.

We have over 3000 members in this group and I believe we all can make a contribution in making the Niger Delta a Home we can be proud of.

This is one of many stories from around our region.

Do you Have any experiences? Feel free to share your own stories, photos and videos on the group wall at https://www.facebook.com/group.php?gid=26452111418 .

Thank You for your Time & I really wish you have a wonderful weekend.